or The Story of Me:

I can say without a doubt my mom is the most important human in my life next to the hubs. My mom was the major storyteller in my life who kept the gears turning and sparks burning. I would write long lists in my journal of the things I would give my mom (a house, clothes, art) and places we would go (Colombia, Italy, Spain, France) if I ever became wealthy.  I suppose those whispered promises to myself still drive me like they do every kid who wants to make good by their parents. My mom is my first love, pretty sure she was the first human to kiss me as a baby, my first story, my first promise, and many other firsts. My story will always start with her. 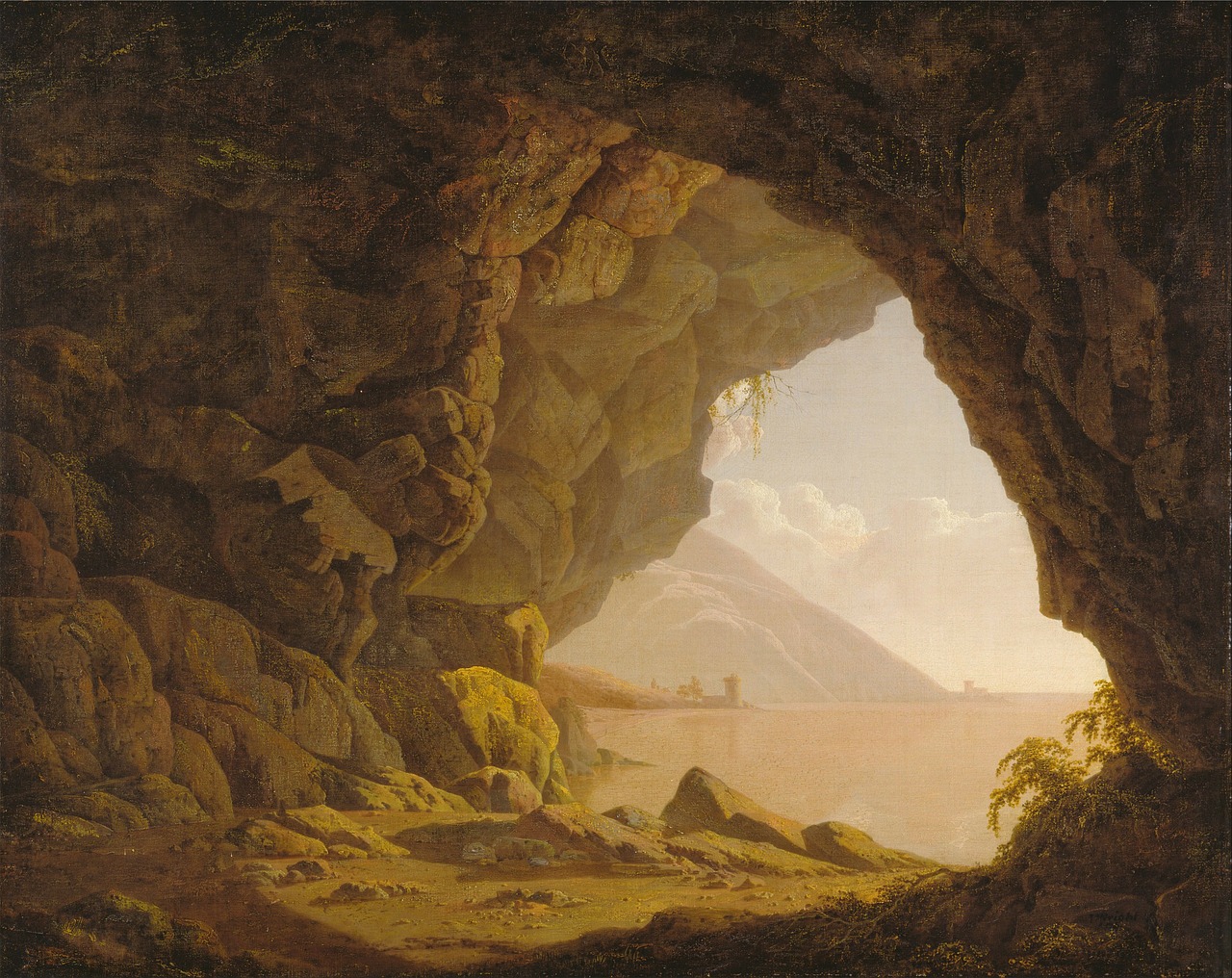 I remember the very first story I was told by mommy, who is never ‘MOTHER’ and only ‘Mom’ when we’re joking. It was a story her mother would tell her about a man who ventured into a mysterious cave for a very special chicken:

Everyone in the village knew about the special cave. Inside the cave there lived a golden chicken. Everyone in the village wanted this golden chicken.  They were poor and knew the golden chicken would be the answer to all their worries. In order to reach the golden chicken you had to go deep into the caves winding paths to reach it. Many thought, “That’s easy! I’ll just run in, find the chicken and run out.” However, once someone had the chicken in their arms the cave would immediately close, leaving them trapped forever. Anyone who entered the cave never made it back out again.

There was a man who decided he could make it to the golden chicken and back out again. The day came when the man decided to go into the cave. Before walking inside the cave the man left a white handkerchief outside the cave and with little fear in his heart walked inside the cave. Once he found the golden chicken he picked it up and immediately ran for the cave entrance. The cave began to slowly close shut. The man ran out of the cave with no time to spare, the handkerchief still on the ground in front of the the cave entrance and the chicken safely in his arms.

I would beg my mom to tell me this story over and over again, “But how did he know that would work?” “Tell me again!” “What did he do with the chicken?” My mom would simply smile and move on to another story like one about fruits that put you to sleep for hours, eggs that smell like perfume, or the time a naughty aunt was whisked away by the talons of a giant bird for misbehaving.

When I was a child this story was just a story to me but as an adult or “big kid” I searched for a deeper meaning. Europeans described the tribal chief of the Muisca natives of Colombia as ‘El Rey Dorado’ because he covered himself with gold dust. From this gold chief sprung the myth of El Dorado, a kingdom made of gold. I figure this gold chicken is a remnant of that story, possible the cave leading to the entrance to this magical golden kingdom. So my mom and her mom before her created a sequel of sorts to the El Dorado myth. Of course the story could have other meanings beyond any historic ties like leaving the weight of our past behind in order to move forward or success only comes to those who learn from past mistakes, or any other fortune cookie phrase.

I never questioned the veracity of my mom’s storytelling. She told her stories in a way that made them feel true and absolutely possible. Even now I wonder about some of them. Since childhood I’ve grown up in a world where magic is very possible and imagination is one of the highest virtues. 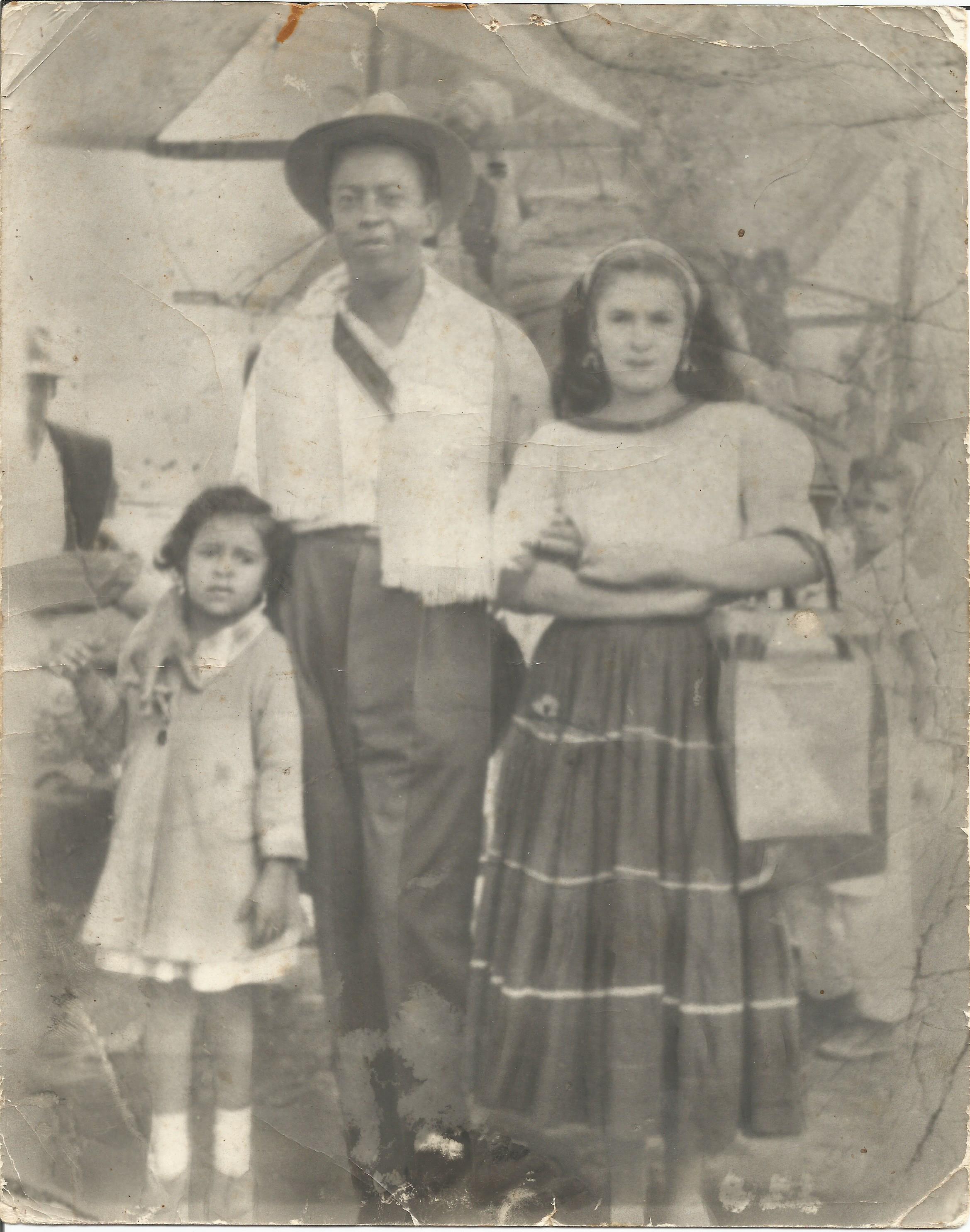 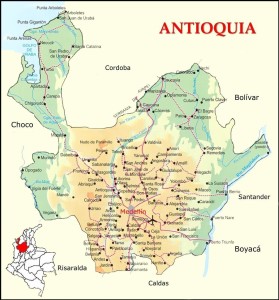 My mom had a happy and fairly normal childhood in Medellín, Colombia, the mountainous and growing capital of the department of Antioquia . As a child I imagined a hazy mist of magic over Medellín, Colombia. Each story adding another layer of magic to peel through like an onion. Medellin is called “City of the Eternal Spring” due to its cool climate. Anytime my mom tells me about her life in Colombia time does seem to remain suspended like a memory in a snow globe she occasionally shakes around. 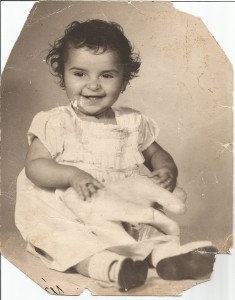 Nicknamed ‘Chila’, she was raised on her families ranch home where her mother allowed dogs and goats to freely roam around the kitchen. My mother fully inherited her own mother’s love of animals. Our home was always filled with cats, dogs, birds, and other creatures who trailed behind her every move like a Spanish Snow White.

Every month her father would save coins in a piggy bank that was only to be touched on New Years as sign of prosperity for the coming months. Chila new the tradition and was given a stern warning never to touch the money in the piggy bank.

Of course she didn’t listen and instead wiggled every coin out of the piggy bank with a stick. She treated herself and her friends to candy. At the end of the year her father, mother, assorted friends and relatives gathered around the piggy bank, excited to ring in the new year and future prosperity. Realizing what was about to happen, little Chila slinked away from the festivities to fruitlessly hide from her parents.  What happened next I like to imagine is akin to the exaggerated raised fist accompanied by her father shouting, “CHILA!” that you would find in any wacky cartoon. 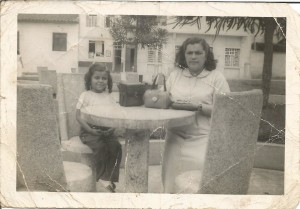 My mother was fiercely loved. Her father had his own stone material business and her mother would take care of her and her brother and watch their home. One day a neighbor knocked on the door. My grandmother didn’t want to talk to this particular lady so while hiding behind the door, told Chila to say that she wasn’t there. Chila opened the door and like a dutiful daughter said, “My mom told me to tell you that she isn’t here”. Gritting her teeth at Chila, grandma mustered a grimace as she appeared from behind the door. 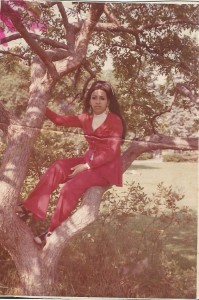 As a teenager she loved the Beatles, watched Wonder Woman, drank warm Coca-Cola like every good Colombian, and had dates. She once told me with a hint of regret in her voice of a boy she loved. He had one leg shorter than the other which gave him a sever limp. Others made fun of him but my mom loved him. One day he asked her to marry him but she said no.  He eventually became the most successful person in the neighborhood and she always wondered how different her life would have been if she had said yes.

She had bigger dreams than getting married with the first boy that asked her. She took art classes at the most prestigious art university in Colombia and had dreams of coming to America.

My mom was a little more determined and driven than the average good Colombian girl of the 60’s. She told everyone she wanted to come to America. Friends and family said she would never make it, it was too hard.

Her mother didn’t want her to go but was astute enough to know she couldn’t hold her daughter back. Instead she helped her with her papers, money, and wished her only daughter the best when she left Colombia for America. Even now I couldn’t imagine leaving my mom at such a young age to go to such a far off country. I use to pretend my grandma had so much love for her daughter, two countries couldn’t contain it all. It was the only thing that made sense to me at the time.  It would be years before grandma saw her daughter again. 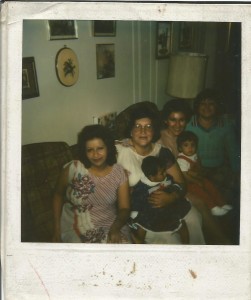 Comments are closed, but trackbacks and pingbacks are open.

Previous Post: Workshop #1 Let Me Google That For You-The ‘Why’ Exercise
Next Post: The First Page of Firsts 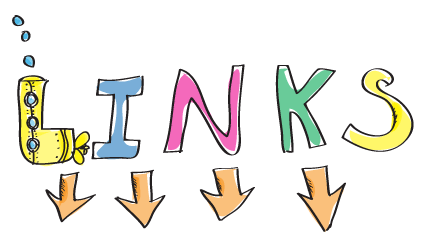 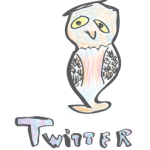